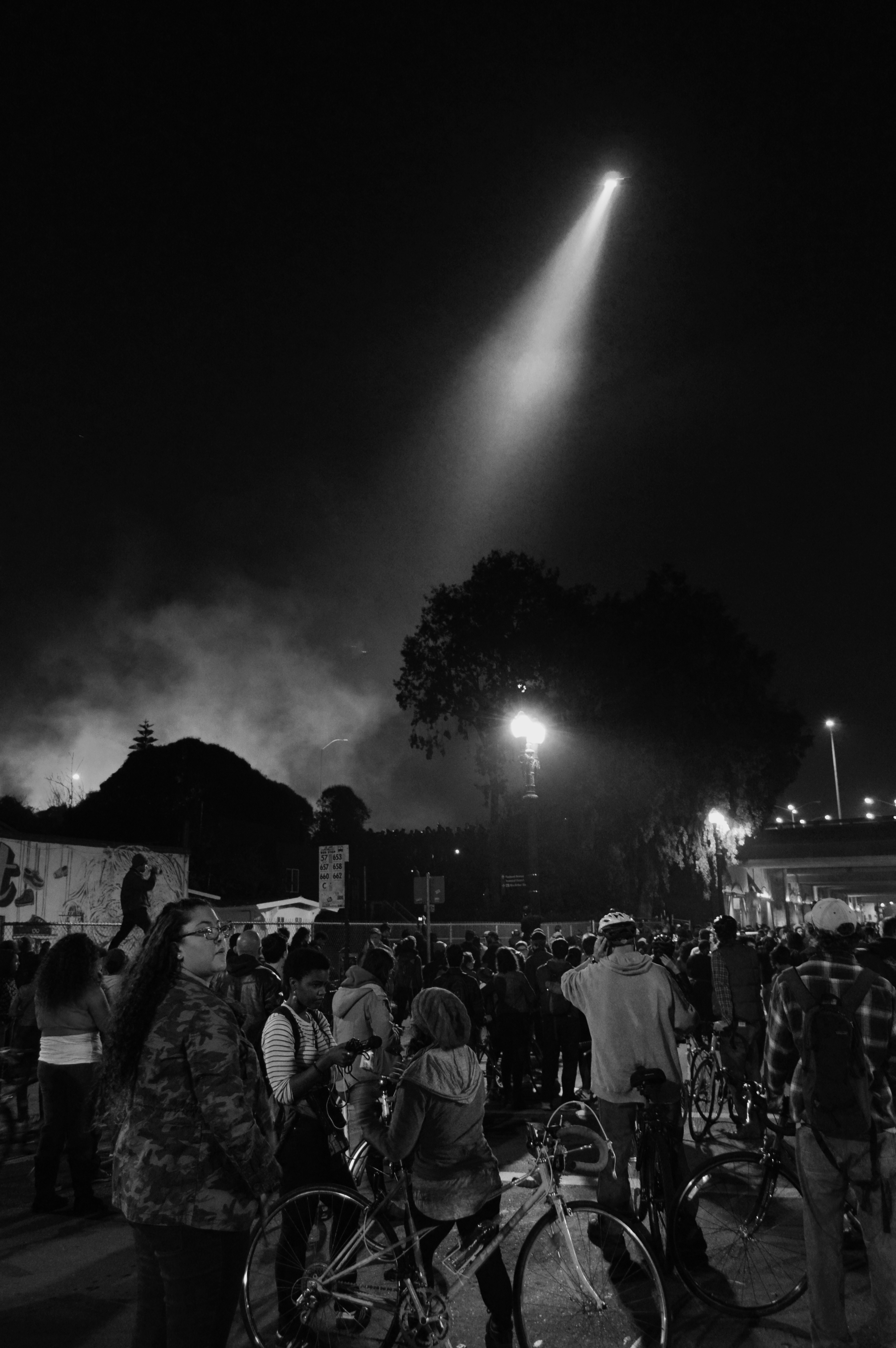 I came upon the march on 38th and Adeline because the helicopter above led me to them. Heading South MLK, the March stopped on 40th St. and stormed the the 980 by going around a fence. Cops were anticipating this action and responded by removing the marches with force. The stand off started with a burst of fireworks in the sky and ended with smoke bombs and rubber bullets.