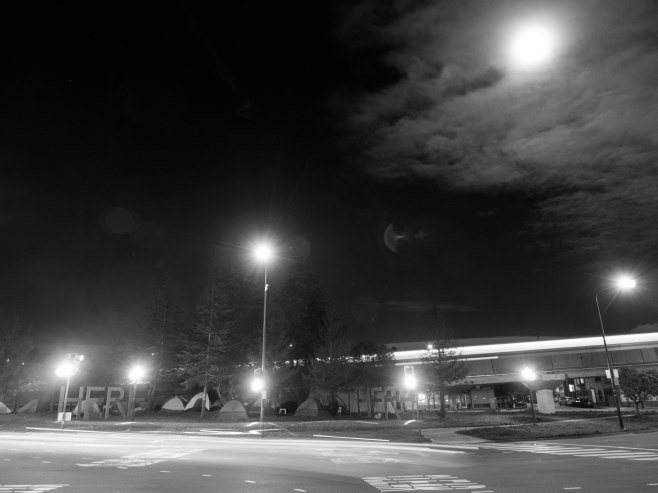 Gentrification in the East Bay has prompted a rise in homelessness across the region. Outcrops of camps have lined freeway underpasses, abandoned lots, and city corners with enough space to pitch tents. The shots in this series depict the struggle for affordable housing and the manner in which life gravitates around this homeless camp on the Berkley/Oakland border. What in days past has been called the he invisible face of homelessness has become more and more visible and familiar to us as a surge of people around us fall from the grace of stability and are forced to live in tents.

This is the first installment of a series that seeks to invite the public to stop, take a closer look, and prompt viewers to begin an internal or public dialogue about the crisis in homelessness Oakland is currently experiencing. 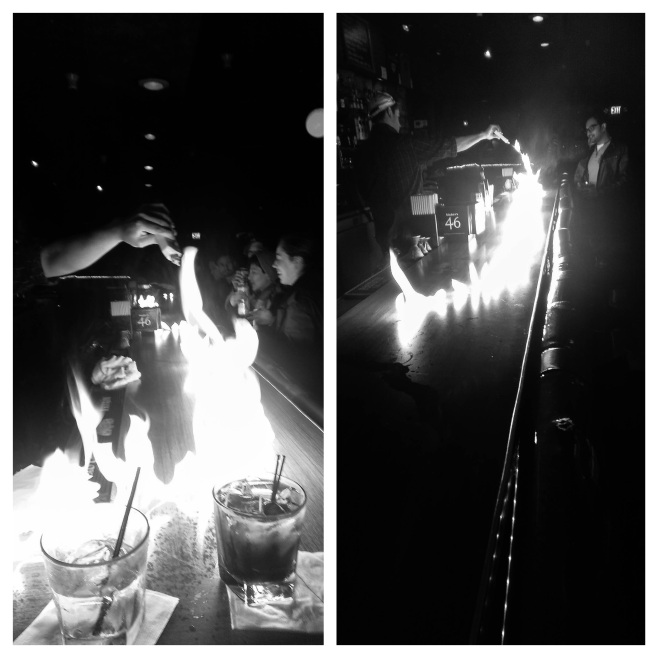 There’s a bar in Oakland (which I won’t mention by name here to keep it out of the wrong ears) that has a fun tradition where the bartenders light the bar on fire when they make the last call for drinks.  It’s places like this that have shifted the tide in night life in Oakland.

Being a transplant from Los Angeles, I too went through the phase where I thought I had to go to “the city” (a.k.a San Francisco) to find down-to-earth, unpolished, almost grimy joints where unique progressive folk of all classes gather for a drink.  If that’s what you are looking for and live in or near Oakland you can join me in saying, “Forget San Francisco!”  Seriously,  its been months since I’ve felt the need to dip into the coolness of the city because Oakland IS where it’s at.   If this shot doesn’t convince you of the fact that Oakland is hot and the place to be in the Bay Area, take a walk in Uptown Oakland (on Telegraph Ave.) any given Friday Night and see for yourself.

I can’t celebrate the freshness and dynamic energy I have encountered out in Oakland nights without making a second observation lamenting the underside of the first. And that that this shot also signals another kind of last call for Oakland. For many who grew up in Oakland and the East Bay in general know that it’s been the home for communities of color who could not  afford to live in San Francisco.  Oakland’s recent renaissance has pushed large segments of communities of color out the last four years. Things are at a critical point if you appreciate property maps that illustrate neighborhood foreclosure rates.

If you happen upon this place before the buffers and homogenous modern design floods out the fun, dynamic, colorful vibe Oakland nights have to offer, look around and ask yourself whose missing as we further into the last days of Oakland as we know it.